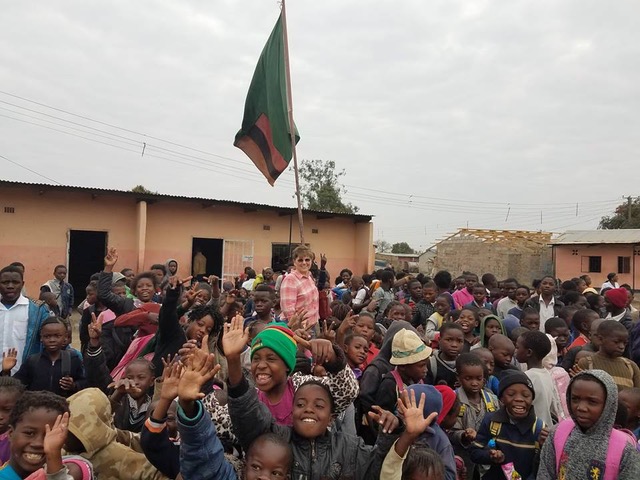 Luke 10:1-2 (NKJV)
1 After these things the Lord appointed seventy others also, and sent them two by two before His face into every city and place where He Himself was about to go.
2 Then He said to them, “The harvest truly is great, but the laborers are few; therefore pray the Lord of the harvest to send out laborers into His harvest.

Well, here we are.  Where are they?  Where is the Jesus film team?  As we sat in the missionary van, we noticed all the school children shuffling their way home.  Second session school was out for the day!  Yes!!!  As they chattered and emptied the school yard, we pulled in and waited. This was the designated spot for the Jesus Film showing.  This is the place where one of the churches meets on Sunday for worship in one of the classrooms. Where was the team?  The sun was beginning to set on this Zambian winter day.  It was getting closer to 6:00 and it wouldn’t be long before the sun was completely down.

The missionary decided that even with the excuse of bad traffic, this delay was indicative that something was not right.  Being late was not so much a concern as was the safety of the team.  After a phone call, we were informed of car trouble.  The timing belt on the van carrying the team and the equipment, and the other W&W team members had decided to give out completely.  It was a “timing” belt with very poor “timing” indeed.  The team, determined to move ahead against all obstacles, abandoned the district van and grabbed two local taxis.  It wasn’t long before they entered the school compound and set to work.  We quickly joined the gathering.  Introductions were given, instructions regarding logistics for after the film showing were also made clear.

In the meantime the team had already started to set up the equipment.  It would seem very difficult to set up this outdoor theater without lights, but the team had done this so many times that they could probably do it in their sleep.  Then the people began to gather.  Where were they coming from and how did they know to come?  There were no posters advertising this event.  No news announcements on the radio or television.  We were in a compound living area and people noticed that there was a bit of a stir, so they came out to see.  Then the music started.  It was beautiful.  One solo voice coming across the portable sound system.  “Would you be free from your burden of sin?  There’s pow’r in the blood, pow’r in the blood.”  No accompaniment track or instrument giving a helping hand, just a strong solo voice declaring the “Pow’r in the blood.”  The rest of the team continued their tasks to get the video ready to show.

Without the sun, the temperatures dropped.  Glad for a jacket, we zipped up.  The wind had begun to pick up and yet the crowd was not deterred.  Some had jackets and some did not.  Most of the people stood close together to block the dusty wind.  Another seeming deterrent to a big crowd was that it was dinner time in most of the homes nearby.  Dinner would be late tonight.  This was more exciting than dinner.  Who were these people, anyway, why had they come to this compound, and what were they going to do?  It was worth missing dinner for.  After about 20 minutes of singing various evangelistic hymns by heart, the team was now set up and ready to start. Time to pray . . . oh there had been prayer given ahead of time for this event, but now was the time to start the event and corporately call on the Lord one more time for a harvest of souls.  After the “AMEN” the film started.  There were no previews of other films , no cell phone announcement asking people to silence their phones, no advertisements for candy and popcorn and refreshments at the concession.  There was one agenda … show the Jesus Film and pray for a harvest.

The film began . . . “I am writing to you dear Theophilos, an orderly account of the things that have taken place among us, so that you may know the absolute truth about everything.” 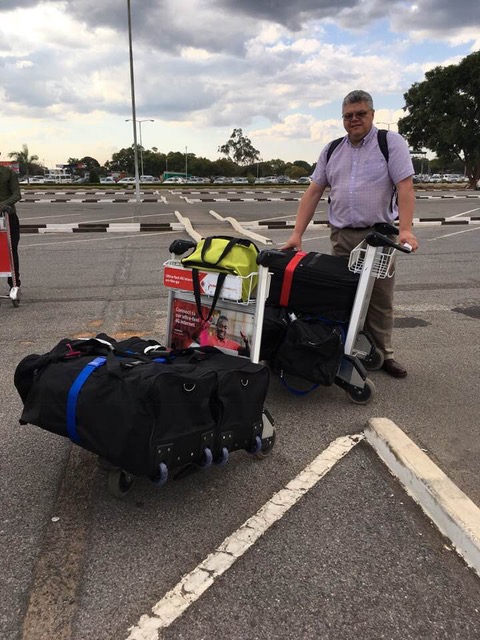 The crowd’s chitter-chatter volume decreased.  The film volume, however, was loud and inviting.  People could hear the sound track for several blocks.  It served as an invitation. Even though the movie had started, the people came anyway.  There was no shame in being late, and there was no one blocking the entrance to the compound to view the film.  It was an open air meeting, open to “whosoever will.”  As the movie skipped and bumped along in the local vernacular, I realized how desperately they needed the new equipment we had brought.  I began once more to thank God for all the help He had given to bring us to the place where we could participate in this event.

I thanked God for how he had put on people’s hearts to give generously to help us raise the money to make this trip.  I remembered how when packing our bags,  I had prayed that the security at the airport would not ask any questions regarding the lithium batteries we were carrying for the new equipment that would cause me to have to give any kind of deceptive answer. We were over the limit and we knew it, however it seemed worth a try.  We had a back up plan.  Canaan was waiting for a phone call to come retrieve any batteries that failed to make it thru the secure check point.  When inspecting our carry on bags, both our bags were targeted for a deeper inspection.  However, when opening the bags, it was as if they were not even interested in the fact that we had lithium batteries.  They seemed to only be interested in whether or not they were legitimate.  No questions asked.  God did that!  I also remembered how later that day, during a very long layover while waiting for our international flight, we unknowingly dropped some cash on the floor while making a transaction.  God sent someone to find us and give the money back.  When we came in to Zambia we cleared customs and immigration without any spiritual compromise or problems.  All the Jesus Film equipment bags arrived and everything was in great shape.  God showered us with favor the entire trip.  Here we sat, half way around the globe, watching people watch the greatest story ever told, and constantly praying that they would give themselves completely and totally to Jesus.

The people went back to their respective places and the movie began to play again.  As you know, it finished with Jesus ascending into heaven in the clouds and promising to come back again. What an impact!

There were plenty of opportunities to be overcome by the difficulties and the circumstances that seemed intent on ruining this opportunity to give people the privilege of receiving eternal life. There was a holy perseverance that won the day.  II Corinthians 10:3-4 was lived out before our eyes “ For though we walk in the flesh, we do not war according to the flesh,  for the weapons of our warfare are not of the flesh, but divinely powerful for the destruction of fortresses.” 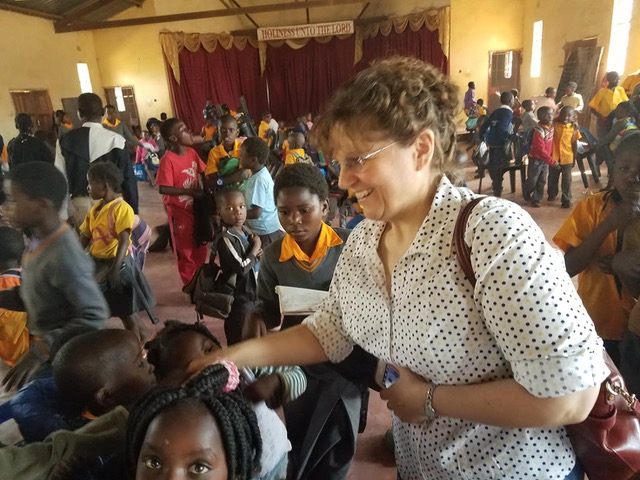