The Adventure of the Unknown 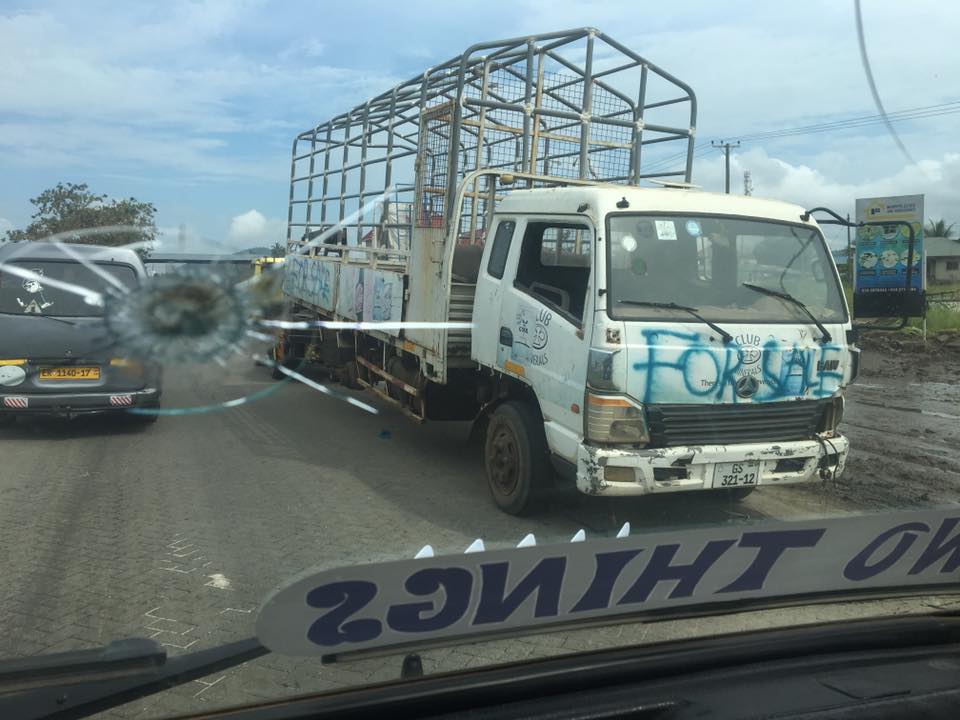 I stepped across the puddles and perched myself on the curb hoping for bus ride. Van after van passed by with a young guy hanging out the door shouting the destination. I told the young guy at the stand I wanted to go to Suhum. Eventually he identified my minibus, gave me the front seat and wished me luck. We bounced along the side streets of Accra and out of the city slowly filling the seats until we were pressed like sardines waiting for someone to pop the lid and give us back our freedom. Finally after about an hour and a half of swerving and lurching to avoid the motorcycles and pedestrians the driver told me to get out. I challenged him that I was supposed to get down at a bridge near a round point. So he said wait and then went another 1 km and crossed over a bridge and dropped me at a round point. My legs thanked me for getting out and once again I stood on the side of the road wondering where I was. I made attempts to call the pastor and his wife to no avail. I tried Pastor Frank who had another number and soon Pastor Paul was on the phone. “Where are you?” “I have no idea!” was my response. The volunteer helper 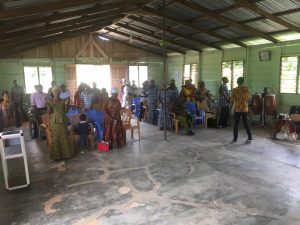 beside me took the phone and tried to explain. Then he gave my phone to the driver of the next bus that showed up, in order to stay with my phone I jumped in the bus. Sure enough they figured out I went to the wrong town. Apparently my accent sounded like a different town and that is where they landed me. I arrived finally at Suhum at 11:15 for a 10:30 am service and I was the preacher. No problem in Africa! They just sang a few more songs and we had a great service. Pastor Paul and his wife have been faithfully serving the Lord and have not only planted a strong church but also have planted a daughter church. As we had fellowship in their unfinished home I could see their faith that God will provide. Rev Paul Kyadie serves as the coordinator for the Jesus film teams in the anglophone countries of West Africa. We have journeyed together and he is impacting many leaders across the field. I praise God for the chance to spend time with him and his beautiful family for encouragement. I jumped on another the back of a motorcycle headed down the path back to the main highway. I arrived at the bus stop under the threat of rain. As the bus slowly filled we returned to our sardine state as the rain pounded down on the roof. Tiredness swept over me in the heat and I was soon fast a sleep on the bouncing ride back to the city. The shout of the boys on the back of the van brought me back to life. I jumped down and searched for a taxi. In my haste to leave home two days ago I had left behind my hair brush. A merchant on the street offered me what I needed. Recognizing me as a pastor she shared her faith. I asked where to find a taxi to my guest house. “My Brother is a taxi driver.” She responded. With a few negotiations, arguments about the rise in fuel prices, I reached an acceptable price for a fat white guy and was on my way home to a late supper. When I think of the work we do I enjoy the adventure of the unknown. When I think of my spiritual life I enjoy the certainty that God never changes. He is faithful even when we have no direction. He is present even when we are lost. He cares for us even when we do not have everything we need. Blessed be the name of the Lord! 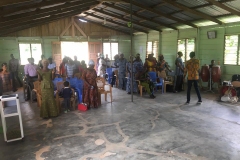 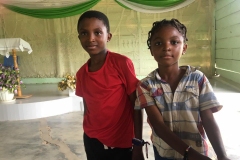 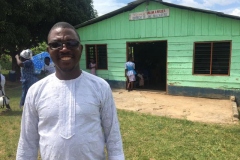 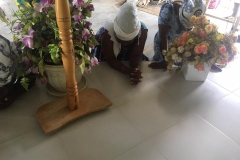 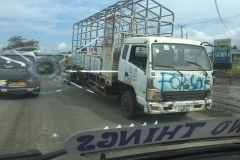 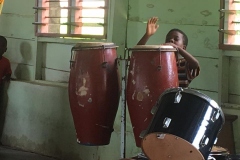 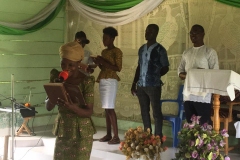 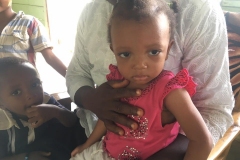 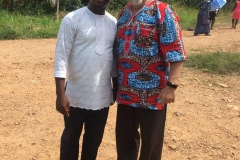